Just in time for Festival Season, Two Door Cinema Club have graced us all with a new music release, ahead of their upcoming headline appearance at Community Festival London. They will be joined by the likes of Nothing But Thieves, The Wombats, Circa Waves and of course Pale Waves, who have also released some new pop-punk material in ‘Jealousy’ that’ll you’ll no doubt be adding to your Community Playlist. Two Door Cinema Club are back with a brand new album Keep on Smiling, due to digitally release September 2nd. The first single from the album is titled ‘Wonderful Life’ and is available to stream now across music streaming platforms.

The release has come as a huge surprise to fans who have had a long three year wait since their last Album release, not forgetting their seven song release Lost Songs (Found) released mid pandemic.

It must be said, if their first single release is anything to go by, we’re going to be in for a real treat! This single has the same feel as some of TDCC’s earlier work like ‘what you know’ and ‘Undercover Martin’, hits that propelled the band to fame. ‘Wonderful Life’ is the perfect, bright, Indie tune, just in time for the summer as reflected in a statement from the band stating that “it’s a nod back to the pure rush of Two Door Cinema Club’s early output.” 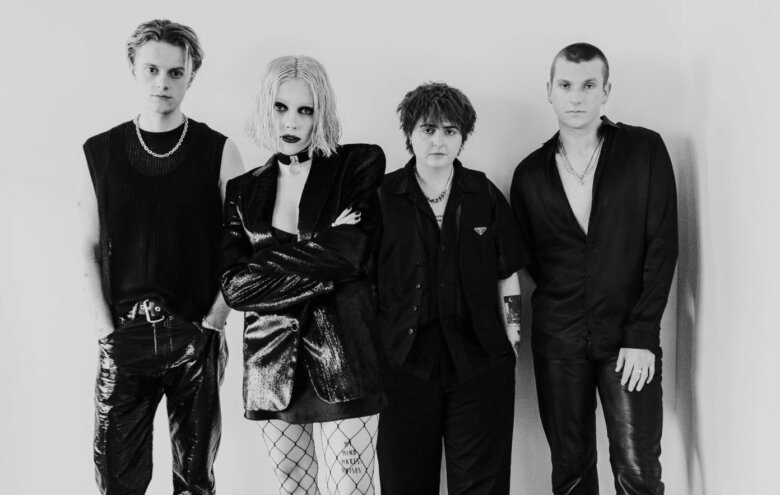 June 28th saw the release of Pale Waves new single ‘Jealousy. It’s the latest single to be taken from the bands upcoming new album ‘Unwanted’, following their 2021 release ‘Who Am I?’. The new album is set to be released on August 12 via Dirty Hit.

According to a recent press release, the new single finds Heather Baron-Gracie “playing upon her overly obsessive personality”. “some may see it as ridiculous… but I love a bit of jealousy- not too much, but just enough… I want jealousy in a relationship because it shows me the person only has eyes for me and me only”

Jealousy is available to stream now.

We are so excited to see TDCC and Pale Waves hit the Community London stage as Headliners Saturday, July 16th in Finsbury Park. Tickets are still available to Purchase Here. We can’t wait to see you all there.